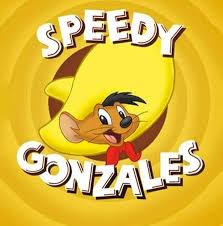 Just when I thought I might be losing my funny bone because of my self-induced isolation and not getting out much to seek or cause chaos, I left my home with my secure homemade mask (made of staples, rubber bands, and recommended canvas cloth, which I will gladly make for you for $.99), to get my car tag registered for this year. Outside, the courthouse was lined with people for the same reason. I was told I had a twenty minute wait.

Watching people walk up a ramp and in another door labeled VOTING, I figured I had time to vote. One of the outside helpers managing the lines overheard me say to Hubby that, while at the courthouse,  I could probably vote, too, and encouraged me with my wait time to go ahead. I did.

Showing my driver’s license identification verifying my likeness and proof of residence, I walked right in. Once inside, I again submitted all my proof of identify and was given my little green card to insert into the voting machine.

There were three machines operating instead of the normal six to provide the six feet of separation between voters. Inserting the card, I began voting. Easy peasy and I still had fourteen minutes before walking into the tag office.

I hadn’t experienced the print out ballot before. Is this new? Was it implemented because of possible voter fraud? Did it verify the voter with a print out? The printer whirred as I watched the piece of paper scroll out. When it was about three-fourths done, I started to manually pull the piece of paper out when it would not let me and rolled backwards into the machine. And there it stuck.

You know the joke, “How many people does it take to retrieve a piece of paper from a printer?” The answer? Three. Well, maybe four. There was a supervisor supervising. One assessed the situation. Another came with a key to unlock something or other on the printer. The last one was like an IT guy except he was knowledgeable about printers. However, he had to decipher another unused printer to make sure he was solving this problem correctly. It was a mess.

But after a while of watching one polls manager after another trying to retrieve the paper out of the machine because I had to have that paper identifying my vote before I left that room, it became comical to me. Not to them, mind you. I still had five minutes until I was allowed into the inner sanctum of the courthouse to stand in line again for the tag office.

Trying to find the humor in the situation like Erma Bombeck would when she was quoted as saying, “It you can’t make it better, laugh at it,” I repeated these words. They did not think it was funny. I heard one of the three involved mutter, “Why, me?” I then commented again about my mistake of pulling the paper ballot out of the machine too fast and said, “Surely someone else has done this before?” Nope. Well, in my opinion at least now they’ve had practice for future quick responders like me …but did they thank me?

Finally, as the problem was getting corrected with three minutes before they were going to allow me to enter the tag office I said, “Well, at least should you see me on the street, you can’t identify me as the culprit because I am wearing a mask.”

Eventually, all three retreated back inside another office from whence they came and the printer scrolled out the paper I was supposed to have before leaving. And guess what I had to do with it once it was in my hands? Throw it in a shredder!

But there is a silver lining: I made it to the tag office on time where they had to take my temperature before entering and so now I know all is well.