Our teams consist of Clawing Tigers, Biting Bulldogs, Red Elephant Stampedes, Scratching Wildcats, Man-eating Gators, Relentless Fighting Cocks, Determined Volunteer Military, Scary Razorbacks, an unbeatable 12th Man player, a Seafaring Captain that defends his ship against pirates, and even though we once had a gentlemanly and mannerly colonel, today he is a towering Black Bear.

After enjoying the 105 absurd and mostly ridiculous mascots in the nation to mock, I did come across two that I thought might be more competitive with our school representatives. Here are my top two choices. Why don’t you help me decide which of the two you might pick. 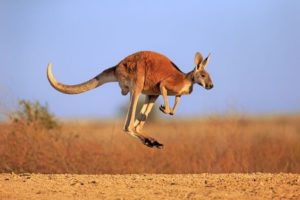 Let’s set the stage for the fight: With their powerful legs and feet, their large feet, their weight and height, they also have a tail that might be used for a third leg, although scrawny in comparison, and their arms can be used for knocking the ball out of the oppositions control.  Males might be penalized for biting, kicking, and boxing, but they also might get in one or two powerful jabs before the refs catch on. Females can hide footballs in their pouches. Think of all those trick plays! And when pursued on the playing field, can out-jump and out-run their predators in seconds flat. 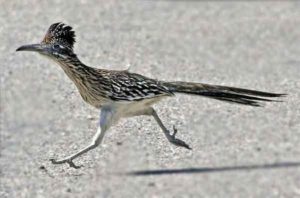 With that being said, Warner Brothers Looney Tunes Cartoon Series introduced Road Runner to American audiences with a coyote (Wile E. Coyote) continually in frustrated hot pursuit of him. Wile E. Coyote schemes to trap Road Runner with the help of products from the fictitious Acme company, however, each attempt backfires because of the company’s chronic product unreliability or his own ineptitude. Road Runner is never captured. Wile E. might be humiliated, he is never harmed. 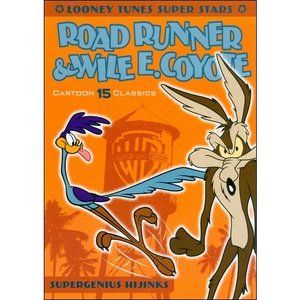 Let’s set the stage: Is there really a fight? Since they are aware and intelligent (hence outsmarting Wile E. Coyote and his gameplans), we may chase a roadrunner but I doubt any of our mascots and players are running at 20 miles an hour.